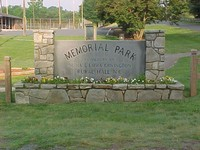 The Town of Rural Hall Board of Council, by resolution on December 10, 1979, accepted 8.49 acres of land located on Church Street from Mr. and Mrs. Jack L. Covington for the development of Numa and Emma Covington Memorial Park.  On August 12, 1980, the Town of Rural Hall received a $101,650 matching grant for the development and construction of the park from Heritage Conservation Fund.  Alley, Williams, Carmen & King of Burlington, North Carolina, was the architect and J. G. Coram Construction Company of Mount Airy, North Carolina, was the contractor.  Groundbreaking ceremonies were held on November 30, 1980.   On April 9, 1983, Numa and Emma Covington Memorial Park was dedicated.  The park included a picnic shelter, tot lot, lighted tennis courts, softball field, maintenance building, concession stand, lake and parking area.  Walking/exercise trails and a volleyball court were dedicated on November 14, 1991. (Volleyball court has since been removed due to expansions, etc.) 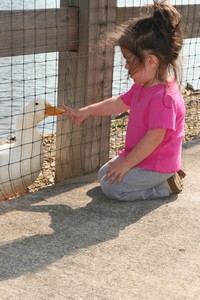 To meet the overwhelming response to Numa and Emma Covington Memorial Park, a new picnic shelter and tot lot area were dedicated April 6, 2000 to welcome another generation.  In 2002, Donald Davis approached the Town requesting permission to design and erect a Veteran’s Memorial at the park’s entrance.  After many months of endearing work and contributions, Mr. Davis dedicated the Veteran’s Memorial on May 25, 2003.

Since it opened in 1983, Numa and Emma Covington Memorial Park has been used daily during spring and summer months.  Many activities have been held at the park throughout the years including Fall Festivals, Easter Egg Hunts, Farmer’s Markets, Town celebrations and Town sponsored recreation leagues as well as numerous family reunions, school and church picnics.

Numa Oliver Covington and Emma Livinia Tuttle were married on May 13, 1918.  Their marriage produced two sons and later they adopted a third son.  The family moved to Rural Hall, North Carolina about 1923 and resided in what has been more recently known as the Hoover Baker home on Broad Street.  They later moved to the William T. Wilson home on Summit Street and continued to live there for the rest of their lives.

Their homeplace is within sight of the park. With some other people, Mr. Covington and his brother, Mr. R. Y. Covington, began a Ford dealership in Rural Hall which was active for approximately 35 years.  At their deaths, they were the second oldest Ford dealership in North Carolina.  Mr. and Mrs. Covington were very active in local civic organizations and the Rural Hall Church of Christ throughout their lifetime. Mr. Numa Oliver Covington passed away on January 23, 1969, and Mrs. Emma Tuttle Covington passed away on April 18, 1981.